Skip to Content
Home Blog Talk Dirty to Me

It’s no secret that sexual stimulation tends to lower inhibitions, resulting in the animalistic behaviors we all know and love. I for one have been known to say things during sex (and phone sex!) that I would never have predicted would come out of my mouth if I had considered it in a different circumstance. It’s amazing how sexy some words and phrases can be, and when communicated in that particular moment of ecstasy, something that I normally might not consider to be that hot can end up being the hottest fucking thing I’ve ever heard if it’s said at the right place and time while fucking. 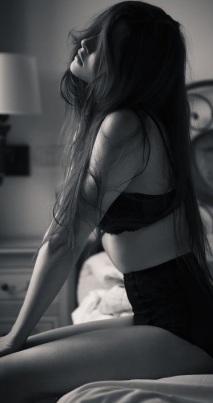 Unlike so many of my friends who dreamed of losing their virginity in some sweet way, I was always the one who just wanted to get rid of it and get to the point where I’d be having fun, talking dirty, and getting fucked hard. That being said, I’ve always been a dirty-talker, and in my opinion, a positive side effect of this has been allowing my sexual partners to know exactly what feels good to me and what I want and like, which apparently isn’t always all that common with teenage girls when they begin having sex and exploring their bodies. This isn’t to say that I’m one of those annoying girls who you just want to tell to shut-the-fuck up; I’m just a vocal girl! I like to say nasty things, communicate my desires, and have been known to get loud from time to time, as I’m sure my roommates or anyone else in nearby rooms could probably tell you!

The topic of dirty-talk came up with some of my friends recently, and our opinions were all over the place in terms of where we stand. Some of my friends were right there with me when it comes to dirty talk, agreeing there are so many ways words can turn sex into an unforgettable adventure. Some of my friends like being called names like a “slut” or to beg a guy for his cock in a certain way (“bend me over and fuck my pussy hard!”). I was surprised that one of my girlfriends says she calls her boyfriend “daddy” sometimes, cause it determines a sexy role of him being older, distinguished, and dominant and plays up her youthful innocence and submissive nature. In contrast, I had friends, who argued that it made them feel uncomfortable or degraded to be called names and that feeding guys’ egos by giving into the stereotype of a “daddy” figure who controls them wasn’t really something that got them off.

One of my best friends who is a super sexy, outgoing and fun-loving, HOT girl said that she doesn’t like dirty talk at all. Not because she finds it degrading, but she just doesn’t get into talking to her sexual partners during sex, and finds that it’s a distraction for her when the guy is excessive in the things he is moved to say in the moment. Another one of my girlfriends prefers sensual and complimentary words to be exchanged, but nothing that makes her feel too slutty. For instance, she said she’d love to be told she’s beautiful and have her body complimented (who doesn’t!?) but that to be called a name or be too descriptive in a “dirty” way just doesn’t do it for her.

I for one cannot imagine having quiet sex. Nothing seems as uneventful as taking what is the most amazing physical feeling without having my psyche stimulated at the same time. I love creativity, I love imagination, and I love getting lost in the moment; I believe that “dirty talk” is something that brings out passion that is rarely duplicated when things become hushed. While I would never be okay with being called a “slut” by a guy I’m hooking up with in any setting outside of the bedroom and while I don’t go around inviting guys I meet to shower me with their cum (or whatever other filthy thing that I might say at any given time while caught in crazy passion), it just can’t be denied that when you’re in that intense frenzy of lustful emotions, sometimes things will come out of our mouths that we never could have imagined saying. 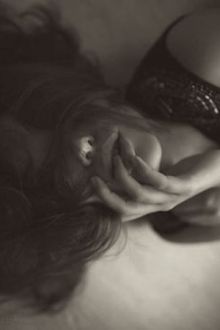 I’ve always known I’ve had a naughty imagination and could verbally bring-it-on when it comes to sex talk, so whether it’s on the phone or in person, I don’t plan to shy away from saying anything that comes into my head in the heat of the moment. One of the great things about hot, racy phone sex sessions is the ability to be ourselves and, whatever we happen to say, we don’t have to have any awkward “pillow talk” discussion or make excuses about it afterwards. There should never be apologies made for those raw, honest, and playful moments between partners, and I’ve been lucky enough to have some very vocal, descriptive, and incredibly creative phone sex partners who have brought my dirty-talk game to a whole new level.

Make sure you check in with me soon on NiteFlirt. I just might surprise you with the crazy things that could slip out of my dirty little mouth. 😉

NiteFlirt has the BEST & BADDEST BITCHES of #PHONESEX Join w/ THIS LINK + get 5 free minutes to talk to w/ ME: https://t.co/2MbwdN6kaz
h J R
@FlirtRyderDoll

NiteFlirt has the BEST & BADDEST BITCHES of #PHONESEX Join w/ THIS LINK + get 5 free minutes to talk to w/ ME: https://t.co/2MbwdN6kaz
h J R
@FlirtRyderDoll